Our goal is to build strong partnerships with our clients based on trust, understanding and shared goals.   Whether you are an existing client reviewing our services, or a new potential client looking to find out more about Astris, please explore our site.

We have a clear vision of who we are in Japan – a premium offering across the corporate advisory, investment research and placement agency businesses.
We are client-focused, servicing a select group of institutions across all sectors.

The genesis of Astris was borne through the introduction of the MiFID II regulations in Europe in 2018. We saw an opportunity to provide equity investors with a premium advisory service.  Since then we have grown and subsequently added both corporate advisory and placement agency businesses.

The opportunities in Japan continue to grow at a startling rate and we have been supported by the Tokyo Metropolitan Government, JIAM and FinCITY Tokyo as we build Astris.

To know more about us, our people, our journey and opportunities, please contact us or visit in person in Kabuto-cho.  We are a dynamic and energetic new enterprise and look forward to hearing from you. 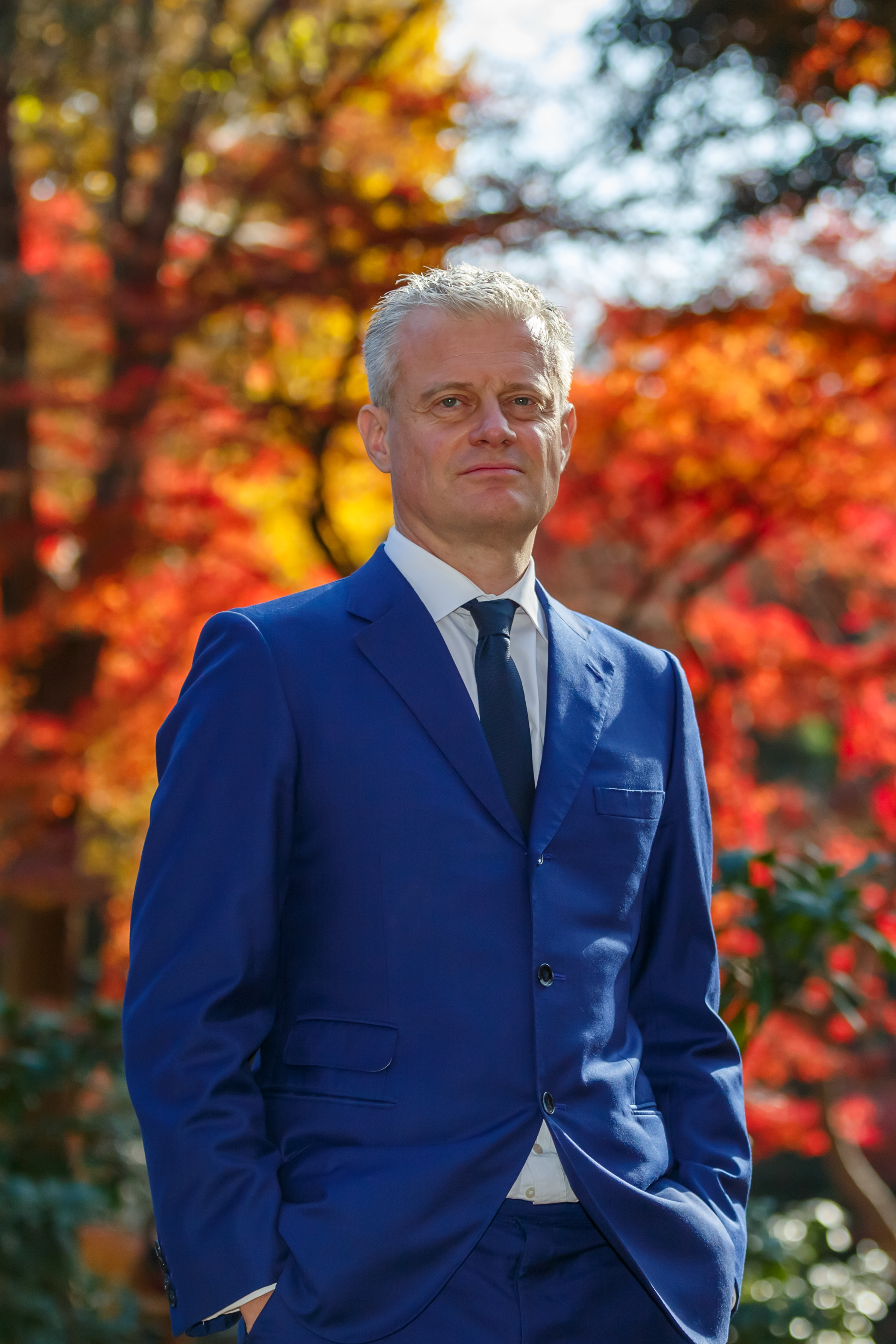 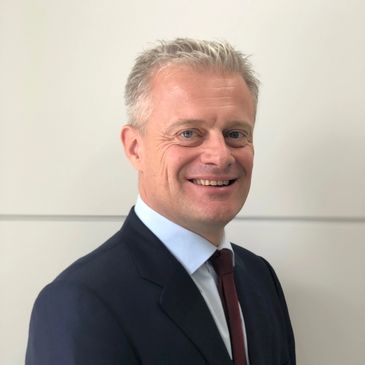 David Shirt has been in Japan for a total of 18 of the last 25 years and has worked in the equity market throughout at institutions such as JP Morgan Securities, Jefferies Japan and lately Macquarie Capital Securities Japan Limited.

In 2004 he became Head of Sales at JP Morgan Securities in Japan and Head of Equity in 2009. Later in 2014 David became the Branch Manager and Representative for Jefferies Japan, and from 2015 onwards he was employed as Country Head of Macquarie Capital Securities, Japan Limited.

David majored in Japanese at the University of Sheffield in the UK and is proficient in Japanese.

Tom has worked as an accountant in the financial services industry in Tokyo for more than 20 years.

Initially coming to Japan for a role at Lehman Brothers, he worked at Deutsche Bank with his most recent role at MetLife Insurance. He has held various senior finance roles in controlling, financial planning & analysis, and project management.

Tom is a qualified accountant (CPA Australia) and is proficient in Japanese. 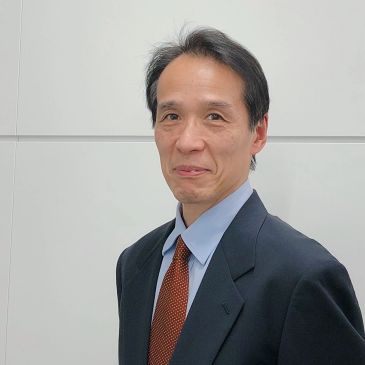 Keiichiro has been in the financial industry for more than 25 years. He has worked at Salomon Brothers, Credit Suisse, Merrill Lynch, and Citigroup with experience in various departments including Operations, Technology, Finance and Compliance.

He has also helped foreign financial firms set up business in Tokyo. 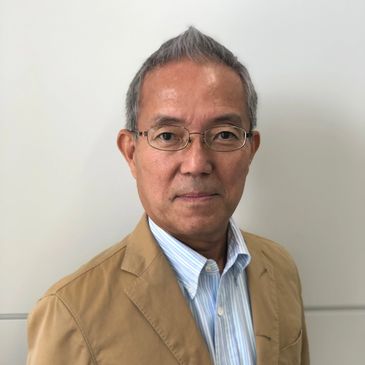 After graduating from Aoyama Gakuin, Shuji spent more than 30 years in corporate banking at National Westminster Bank and ABN Amro among other firms.

Before joining Astris Advisory Japan as Chief Administration Officer, Shuji was employed at the Royal Bank of Scotland, Tokyo Branch as a compliance officer. 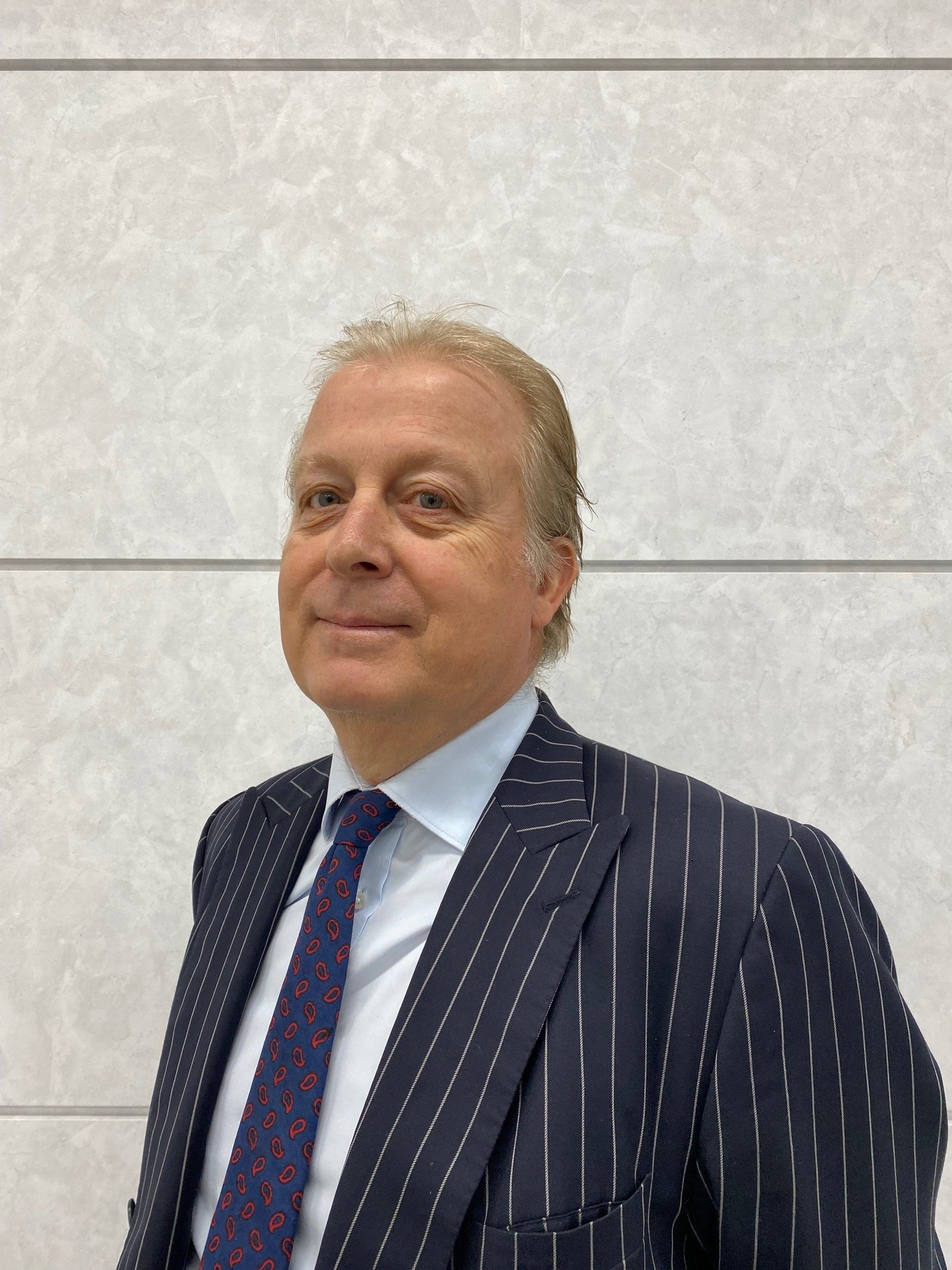 Adrian has an MBA from Bristol University and the ENPC in Paris, and speaks several languages fluently including Japanese, Mandarin, Russian and French. Adrian first came to Japan in 1987. On the sell side at companies such as CLSA and Commerzbank Adrian visited hundreds of small and middle-sized companies across Asia. He concentrates on identifying quality businesses. 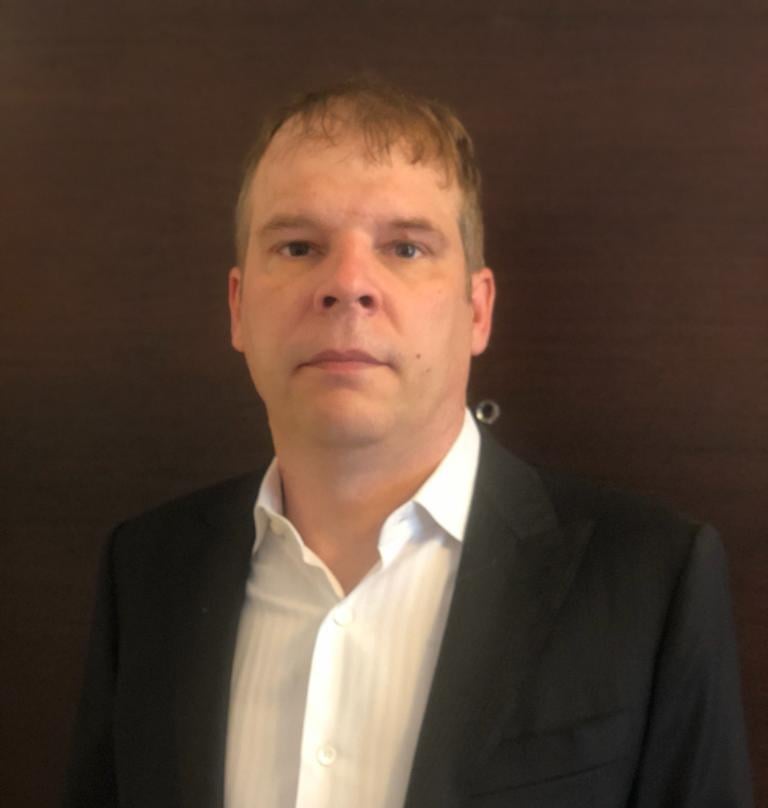 Michael has held sell side roles in quantitative and fundamental research stretching back 15 years. He was previously at Lehman Brothers Securities in Tokyo and Nomura Securities in Hong Kong and most recently, Jefferies.

Michael graduated with a MBA from the University of Toronto and is a CFA charterholder. 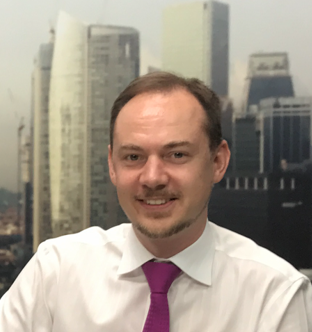 Ian has been active as a commodity analyst for over 20 years at consulting firm CRU Group, the SMM and Rio Tinto. On the sell-side he held positions at CLSA and Macquarie. He lived in China from 2003 to 2014 and Singapore from 2014 to 2021, during which time he has developed and built unparalled expertise in ferrous, non-ferrous and new energy (renewables) markets. Ian is well-known in the commodity industry, and frequently invited as a lecture speaker at conferences and industry events.

Kumiko brings 15+ years of IR advisory and arrangement experience at J.P. Morgan Securities Japan and UBS Securities Japan.Her expertise in event execution is based on her carrier background at an aviation company and a rating firm.She graduated from International Christian University, and she is a multilingual speaker (Japanese, English, Spanish and Chinese) . 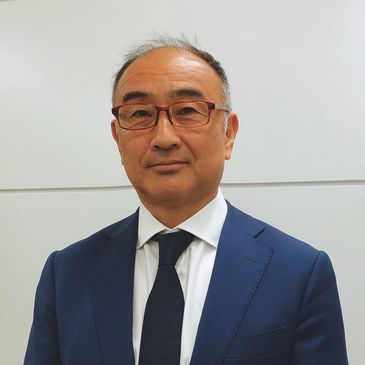 Hiroyuki  has been working extensively in financial markets both domestic and offshore for over 25 years.

During 10 years working at Macquarie Japan, where he used to work very closely with the founders of Astris Advisory Japan, he proactively sought business/cross selling opportunities in the area of cash equity sales and ECM related businesses . He also worked for CLSA Japan, ABN AMRO, Deutsche Bank both in Australia as well as in London.

He can work with both domestic and offshore asset managers, pension funds, institutions as well as corporate for any financial services you may have. 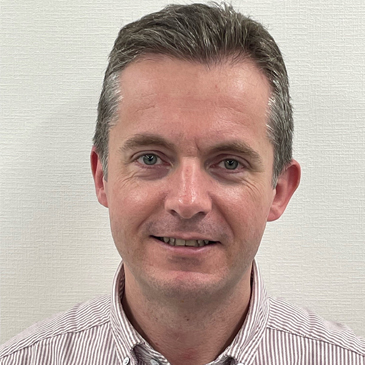 Andrew has lived in Japan for 25 years, with 20 years of Japanese equity experience.

He is a fluent Japanese speaker, having come to Japan on a Monbusho Japanese government scholarship, and is a graduate of Kobe University where he majored in Economics. 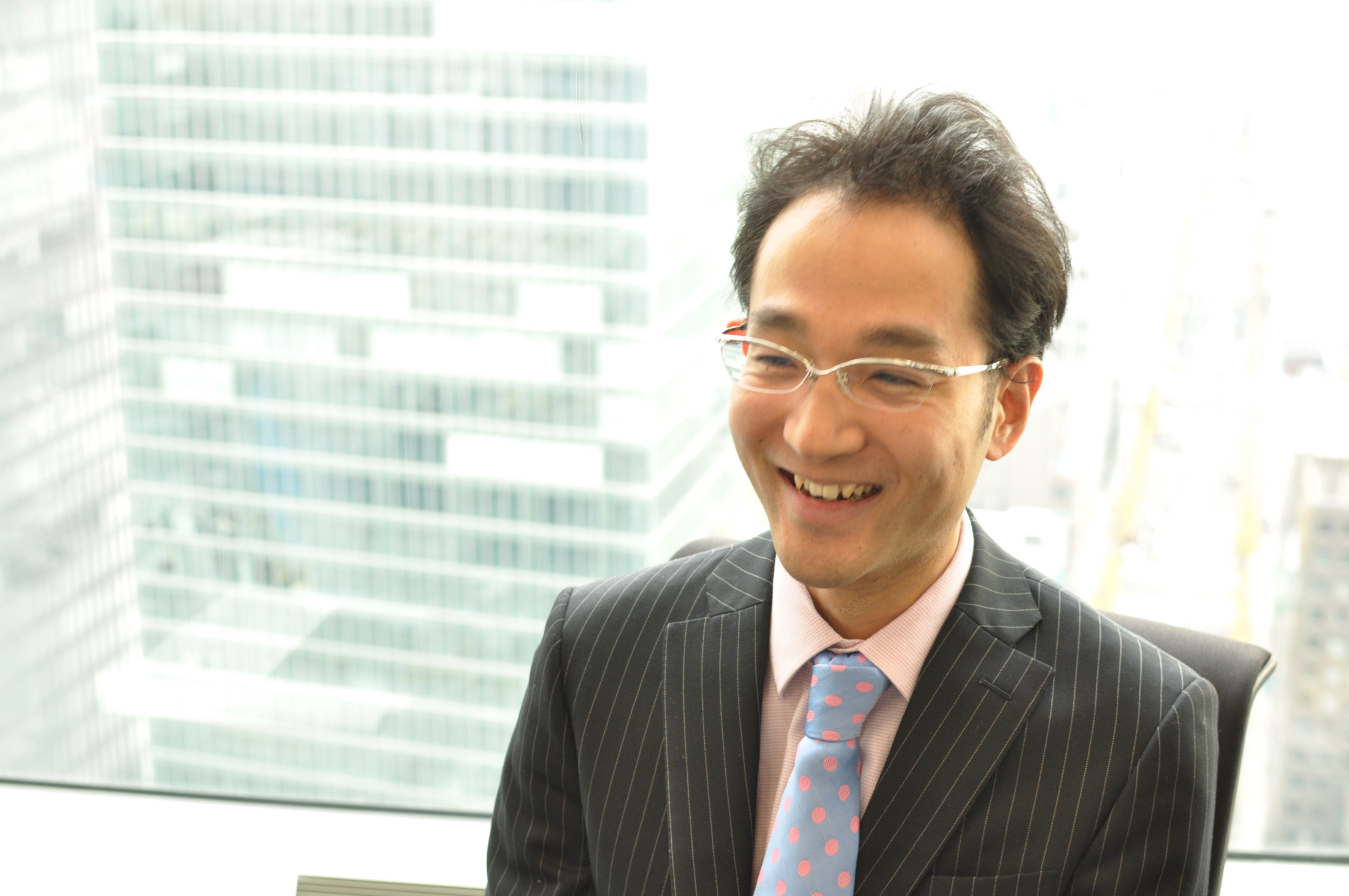 Hiroshi was a ranked equity analyst at KBC Securities Japan and JPMorgan Securities in Tokyo covering Japanese tech stocks. In London he worked in Pan Asian Equity sales at Daiwa Capital Markets, and then switched to the buyside as an analyst at a thematic robotics and automation fund, and co-founded a global high quality franchise fund. Qualifying at KPMG, Hiroshi is a member of the Institute of Chartered Accountants in England and Wales. 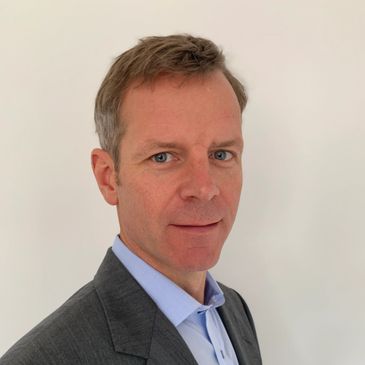 Tim has worked in investment banking for over 15 years in the UK and Japan. He has held positions in sales in Japanese equities at companies such as Daiwa, Morgan Stanley, and Mizuho as well as roles within the research department. Tim has covered Japan specialist clients and global institutional accounts in Europe, with a focus on Japanese small-cap stocks. He lived in Japan for over 12 years and reads and speaks Japanese fluently. 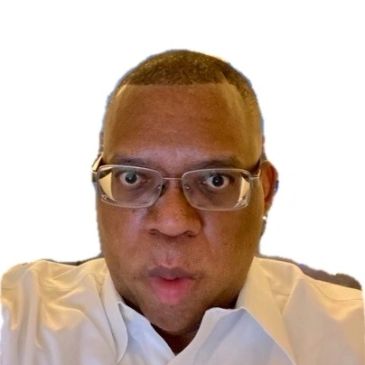 Courtney has extensive experience in Japanese and Asian equities over the last 20 years.  He was a salesperson at Cazenove and KBC focused primarily on small-mid cap companies in Japan before joining Citi covering US institutional investors for 12 years for the broader Japanese market and the  Pan Asia technology sector until 2017.  He most recently worked in New York at Macquarie as a Japan/Pan Asia salesperson until 2019. 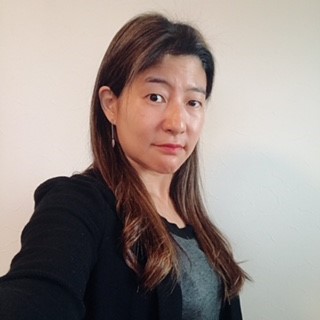 Alisa has been working in financial markets for 17 years at Schroders Investment Management and Macquarie Securities Japan. She arranges IR Events, conferences and corporate roadshows. She was born in N.Y and graduated University in Philadelphia. She is fluent in both Japanese and English.
Advisor 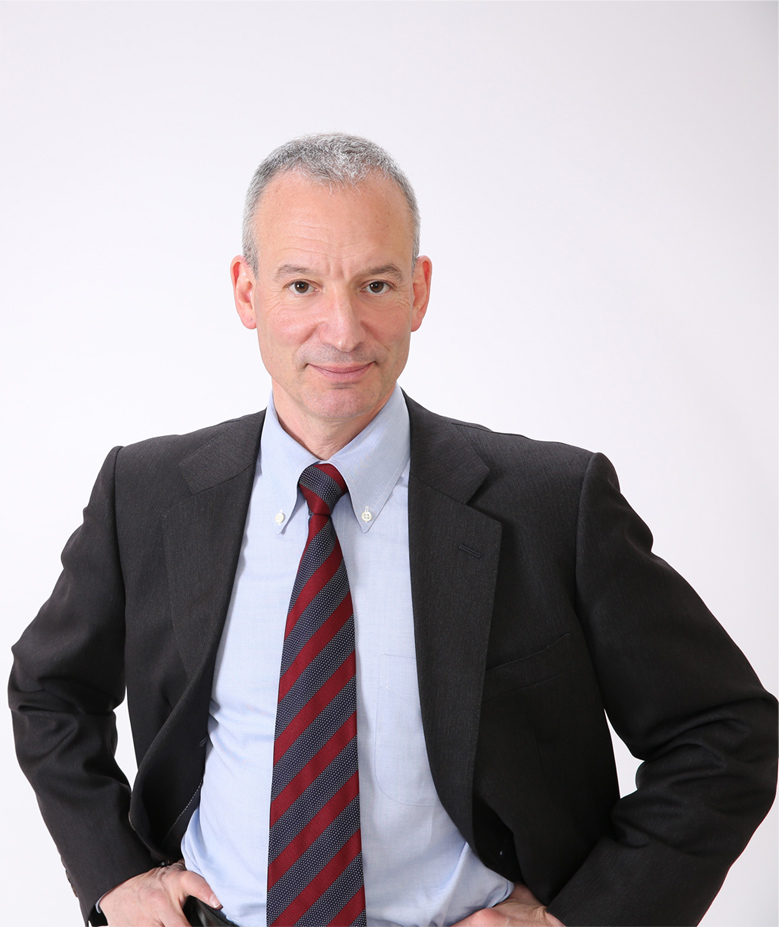 A native New Yorker with a 35-year career in financial markets, Peter is a fluent Japanese speaker/reader/writer who has earned peerless credibility with investors, intermediaries, and regulators in Japan and globally.

Peter is Senior Director, Japan, for Medley Advisors, the market research firm that specializes in monetary policy, macroeconomics, and geopolitics. Peter also holds an auditor role with Japan Exchange Group, having served as a non-executive director for seven years prior, and is Chief of Staff at Futures Industry Association Japan. In these roles, Peter has had extensive interaction with Japan’s key market regulators, the FSA and METI.

We work as a partnership and this is a principle that defines the relationship between our people and with our clients. We are a growing business with big ambitions and our collegiate environment means we all work together to get the best possible results for both the firm and our clients. We strive to attain the highest ethical and professional standards supported by our strong internal culture. Our culture and values are at the forefront of everything we do.

We support the following charities.